Questioner: Now these entities incarnate into a third-density vibratory body. I am trying to understand how this transition takes place from third to fourth-density. I will take the example of one of these entities of which we are speaking who is now in a third-density body. He will grow older and then will it be necessary that he die from the third-density physical body and reincarnate in a fourth-density body for that transition?
Ra: I am Ra. These entities are those incarnating with what you may call a double body in activation. It will be noted that the entities birthing these fourth-density entities experience a great feeling of, shall we say, the connection and the use of spiritual energies during pregnancy. This is due to the necessity for manifesting the double body.
This transitional body is one which will be, shall we say, able to appreciate fourth-density vibratory complexes as the instreaming increases without the accompanying disruption of the third-density body. If a third-density entity were, shall we say, electrically aware of fourth-density in full, the third-density electrical fields would fail due to incompatibility.
To answer your query about death, these entities will die according to third-density necessities.
Questioner: You are saying, then, that for the transition from third to fourth-density for one of the entities with doubly activated bodies, in order to make the transition the third-density body will go through the process of what we call death. Is this correct?
Ra: I am Ra. The third and fourth, combination, density’s body will die according to the necessity of third-density mind/body/spirit complex distortions.
We may respond to the heart of your question by noting that the purpose of such combined activation of mind/body/spirit complexes is that such entities, to some extent, conscientiously are aware of those fourth-density understandings which third-density is unable to remember due to the forgetting. Thus fourth-density experience may be begun with the added attraction to an entity oriented toward service-to-others of dwelling in a troubled third-density environment and offering its love and compassion.
Questioner: Would the purpose in transitioning to Earth prior to the complete changeover then be for the experience to be gained here before the harvesting process?
Ra: I am Ra. This is correct. These entities are not Wanderers in the sense that this planetary sphere is their fourth-density home planet. However, the experience of this service is earned only by those harvested third-density entities which have demonstrated a great deal of orientation towards service-to-others. It is a privilege to be allowed this early an incarnation as there is much experiential catalyst in service to other-selves at this harvesting. 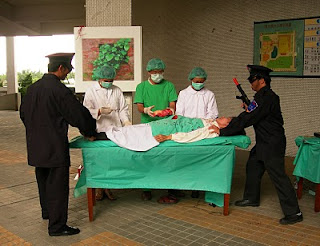