From an open[ed] letter to Ed Atkins

...I really only wanted to write an appreciative letter about Us Dead Talk Love, which I saw at the Chisenhale last month with my good friend H, and we sat through it twice with increasing and deepening mutual involvement, pleasure and interest, and afterwards I felt such a flush of excitement about the work and its textual skeleton, or scaffold (not quite the phrase, I'll try to articulate that better in a bit) that I wanted to let it settle before getting in touch and talking about it. I've seen some of your previous work and liked it, but this one really did it for me.

I see in this work a really crucial materialist dialectic that unravels the imprecision of hi-definition itself into the physiological task of comprehending the body image at a point in time, now, where the highest resolution it is possible to achieve is one of the more perfected practices of post-human digital barbarism. Love in this work is not given over to the faux-romantic obsession with the coils of bad irony surrounding a valorised and ubiquitous connectivity that so much otherwise attractively but desperately contemporary art is producing; instead I think that love in your work, in this work, is fundamentally concerned with articulating the severance of the labour of the body from an active eroticism as the real death of intimacy, and I think it is a beautiful and necessary caution to the types of re-production of contemporary forms of internet or digital mediation that end up celebrating those forms of mediation, rather than critiquing them, as I feel this piece does so tenderly and intensely.

The experience of the whole show was one of becoming increasingly entrenched in the contradictions of the virtually sexual and the holding of that excitement over the duration of the voiced text, so that the whole audio-visual apparatus itself acts as a kind of theatrical wish-fulfillment, "As in..." repeatedly speculating further and further along the horizontal wormhole of the time the piece takes to start and finish, the almost forgotten "I wanted to ask..." never quite being allowed to remind us that all of this was in fact never asked, that it was a withheld or repressed desire, perhaps, that the desire did not come to fruition as so much of the speech does come, to at least a giddy, imperative demand that eroticism be felt as much as practised. The reason I mention the text as a kind of scaffold, though, is only because I realise I'm perhaps reading the piece too much, instead of attending to its installed appearance: the virtual, presumably downloadable head, rotating as if on the playful axis of infantile technological curiosity, and the attendant bursts of tone or colour or text on the opposing panel. These images seemed hung on the text, for me, rather than the other way around - not necessarily that the text felt original or originary, but that in the experience of the whole audio-visual field what creates the cues for the diffusion of accumulation of intimacy are the deliciously enunciated syllables of the script, like:

"A relation to life that coerces the cadaver into a being that does not require a prior life - requires no living human to be smashed into oblivion by some high definition hammer for merely tuning fucking gods."

"I wanted to ask if love might productively be thought of as the faith that the body that formed the eyelash and...laid it, like some foetal mammal, beneath my foreskin."

"How this desire might be partially satiated at night...in the miraculous presence of a LOVER, who bears witness to my definite, inconclusive state change; my thick faint into repugnance and mockery."

And I choose these three instances as only moments that I particularly favoured and still relish. The eyelash is not fetishised, it is made a detachable erotogenic zone, proving one of Freud's more extravagantly stupendous claims, that any part of the body may become an erotogenic zone - it seems therefore already excessive to the cock upon which it was discovered, as if suddenly dead matter attached to the genitals was new and particularly concentrated and at the same time live. This is the beautiful contradiction: between the snap and calm of the megapixel and the impossibly low-resolution grit and dust and sweat and suck and sound of sex, sex's coolness, sex's careful particularity and curious resistance to (but simultaneous comradeship with) universalism. Sex and death aren't here, as they are in Georges Battaille, the markers of a transcendence that desires as much continuity as can be gleaned form a world founded on discontinuity, but instead the reminder that real bodies desiring might always prove to be a site unobtainable by the biopolitical or the global contextualisation of every action it is possible to imagine performing, even as it acknowledges, crucially, the shift in what it means to know one has a body, what it means to discover one's own representation as flesh and blood, what it means, even more universally, for life to be determined by and understood through the "faith" in the apparatus which were designed to accommodate the ever-siwfter and unimpeded movement of capital, and only secondarily the mechanisms of the fun side of digital globalisation and the attendant "smashing into oblivion" of the interactive (read: shopping) living human under Google Earth.

And as a love poem I think the work terrific too, reminding me of Barry MacSweeney's Odes, and more contemporaneously with the work of Timothy Thornton, whose cadences the prose of your piece reminded me so much of... 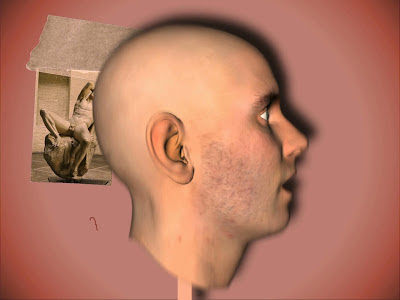